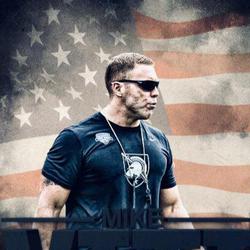 Former fullback Mike Viti, a 2008 West Point graduate, is starting his fourth season as an assistant coach with the Army West Point football program and fifth overall on staff. Last season, Viti helped Army capture Commander in Chief’s Trophy titles for the second-straight year and earn a bowl victory for the third year in a row following a 70-14 win over Houston. The Black Knights also finished the year with nine consecutive victories, went undefeated at home for the second year in a row and finished the year ranked 19th in the nation. Viti tutored a fullback group that saw three rush for 300 or more yards on the year with Darnell Woolfolk leading the way with career-best 958 yards. He averaged 73.5 yards per game and had a season high 117 yards against service-academy rival Air Force. The fullbacks combined for 24 rushing touchdowns and Woolfolk was the best of the bunch with 14.